Want to talk to a real person?

Learning to Wake Up Early 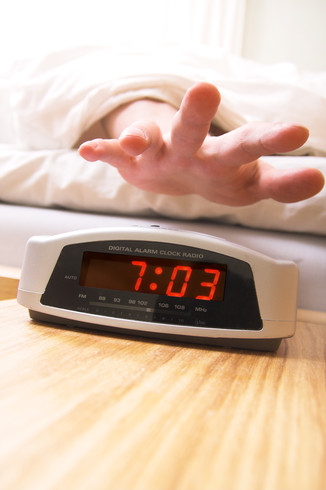 In college, it’s almost frowned upon to sign up for classes that start any earlier than 9:00 am.  Not many people can see the value of waking up early in the morning, which for some means before 8:00 am.

If you haven’t experienced it before, there is something about waking up early in the morning that helps you become a lot more productive.   I can attest to you that waking up before the sun comes up gives you some of the clearest, crisp, and peaceful times that you can imagine.  The hard part is, however, learning to wake up early.

Learning to wake up early is not an easy process, in fact, the first couple of weeks will probably leave you drained and drowsy during the daytime.  At least that’s how it was for me.  However, over time I have noticed a miraculous transition from groggy mornings to wide awake and clear-minded mornings.  It’s to the point that it has almost become natural, waking up that early.

So on that note, I just wanted to share a couple things that I have found and found actually work to help you become an early riser.

I used to have my alarm clock right next to me on my bed.  It was horrible, I would just reach my arm over, punch the snooze button, and proceed to sleep in.  It was pretty much worthless.  Moving my alarm to across the room, where I would have to get up out of bed and punch the darned thing, which usually results in me being awake anyway, was possibly one of the best things that I have done.

2) Never, I repeat NEVER use the snooze feature

I believe the snooze button was made by the oh-crap-I-slept-in demon.  I don’t know who thought it would be a good idea to create a button that helps you procrastinate.  Therefore, stay away from it.  Sleeping five extra minutes has no benefit at all except that you might just about fall asleep again only to be rudely wakened again by a blaring alarm clock.

One of the biggest factors of learning to wake up early is to simply help it to understand that you will be getting up at a certain time everyday.  Pretty soon your body will be waking itself up, believe it or not.

If you don’t feel like you have anything to do in the early morning, you will most likely fall asleep.  You may have experienced it before when you have to wake up early to go on a trip or leave, or even finish some homework, nothing quite gets you motivated like a reason.  Even if you don’t think you have anything to do, make something.  Start reading a book, go jogging, work on a project, write in your journal.  There are so many different things that we can do with that extra time, so make sure to utilize it.

Waking up early can be one of the first and greatest changes you can make in your life because first, it proposes that your mind is stronger than your body, and second, you have at least that much self-control and discipline.

The secret is to start tomorrow morning.  Don’t put off developing this great habit, it will be so worth it in the end when you see just how much your life changes when you do something as seemingly little as waking up early in the morning.

Carlos Morgan is a 22 year old Communications Major hoping to get into Law School one day and make a difference. If you feel you want to know more, check out his Google+